Ming-Kai Tsai, CEO & Chairman
Tech world’s ultimate aim has always been what Steve Jobs commented while unveiling the revolutionary Apple 2 decades back— “to put the world’s most advanced technology into the hands of common people just like you and me.” Since then technology companies around the globe have competed fiercely on numerous next-generation technologies with that exact goal in mind, and for mobile companies, this competition stands out almost miles ahead than in any other sector. This year it goes to Augmented Reality (AR). With global companies around the world investing billions into AR-based kits, apps, and software to offer a revolutionary smartphone experience; processor, SoC, and chip accessory manufacturers are the real players from the back-end. The "virtual is finally seeing reality" worldwide because mobile chipsets are rapidly getting reinvented along the lines of AR, thereby paving the way to truly bolster our mobile-first world into the next generation of virtualization.

MediaTek, globally renowned as one of the fastest growing SoC and chipsets manufacturer of mobile devices based in Taiwan, is making headlines in the AR market. A year back, the company introduced its powerful Helio X20 chipset that boasted of a special hardware component especially designed to boost AR capabilities in high and mid-end smartphones. The chip harbored an advanced 3D and deep sensing technology combined with a Category 6 LTE modem and a novel “tri-cluster architecture” that set the pace for a seamless transition for mobile interfaces into the AR world. Pushing its boundaries further, MediaTek astounded the world by exhibiting the revolutionary deca-core Helio X30 early this year. Targeted at the mid- price 300-500 dollar phone market, mobiles sporting this hi-performance processor will likely be one of the premium devices to embed the most advanced VR-AR platforms offered by global companies. “The Helio X30 is among the first wave of 10 nm smartphone SoC chipsets to sport a deca-core, virtualization hardware, and a 4G LTE-Advanced WorldMode modem coupled with a three times carrier aggregation for high performance,” lauds Ming-Kai Tsai, CEO, and Chairman of the company.

He adds, “Taken together; the above three technologies give manufacturers greater flexibility to design smartphones that will change the course of user experience forever.”

Behind every success story, there are countless events of tiny successes and failures that conjure up the one great day in future when a company’s potential finally get’s recognized in the global scenario. Quite similarly, the journey of a Taiwan-based company to overcome multiple challenges and upset the global giants to become one of the industry leaders is an enticing read for anyone. Exactly two decades back, the company was founded as a spin-off from Micro Electronics Corporation. Within three years, the company had become the country’s leading semiconductor company by designing chipsets for optical drives and home entertainment devices. Fast forward into 2004, MediaTek disrupted the mobile chip industry by engineering the very first wave of the commercial System on Chips (SoC) for tablets, phones, and electronics devices. Within a few years, the sale numbers reached an all-time high and MediaTek was experiencing about half a billion sales of its SoCs per annum. By 2016, the company had become one of the most reputed SoC manufacturers around the globe and the 3rd largest fabless IC designer worldwide.

Ever since the bulky VR headsets came out, which enabled a peep into the very first virtualization and immersive experiences, one thing became certain for global tech companies—AR and VR is the next step of user experience. However, embedding such advanced technology seamlessly into one of the most common electronic devices of the world—mobiles– is a herculean task. There are a couple of elements that need to work in tandem to deliver the desired immersivity through the mobile interface. This includes more powerful cameras that can perform advanced 3D sensing, compelling VPU running on neural network algorithms, and an enhanced GPU, all boiling down to the inner core chip that powers the smartphone.
However, quite contradictorily, speculations on the necessity of 10 cores in a mid-range smartphone floated widely across the industry when MediaTek announced its Helio X20 chipset. Within a year, the sudden AR race that dragged on the biggest tech companies confirmed what MediaTek had always been doing— thinking a step ahead than the industry’s Goliaths. With augmented features demanding the most advanced image capturing and processing prowess, MediaTek makes the perfect sense with a 10 core chip that takes a step further by shunning away the notion of AR availability in only high-end smartphones. Catering to the mid-range market as usual with its highly power-efficient and cost-effective SoCs, the company’s newest processors embed high-quality camera functionality with Imagiq 2.0, a brand new VPU combined with powerful ISPs, and a unique GPU design. The extra cores make the static and video image processing much faster, smarter, and efficient while saving significant power usage, thereby establishing itself as the one of the best SoCs to enable high-quality AR-VR experiences in smartphones.

MediaTech took some of the biggest competitors by surprise when it started offering some of the most ground-breaking chip solutions at seemingly low prices. Though a business model just based on “a small price tag” than its competitors should have hit the wall at some point, MediaTek has been continually proving its critics wrong. Most of the company’s global competitors have been struggling to put AR on mobile devices for mass consumers and have considerably raised the chipset and hence the smart phone’s price. MediaTek has again shocked the world with a powerful chipset that is not only capable of addressing the most advanced AR features but can also be offered at a much lower price, thereby opening up the AR market to the general masses. Going by the same business model, the company aims to disrupt the automotive industry in future with its powerful, intelligent SoCs and IoT applications. This speaks volumes on the course MediaTek has set on and somewhere the original vision of Jobs reflects brightly even after his death—to put the world’s most advanced technologies into the hands of the most common people.
- SELENA JAMES
September 11, 2019
Previous
Next 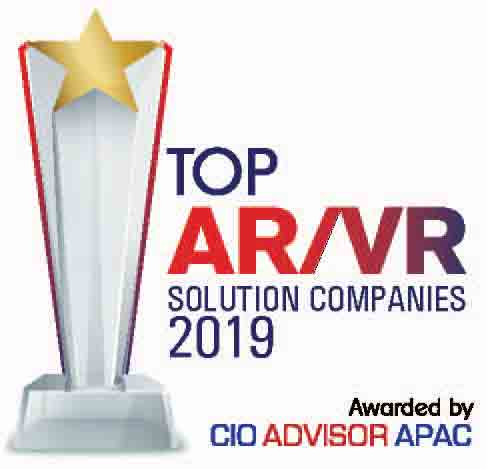 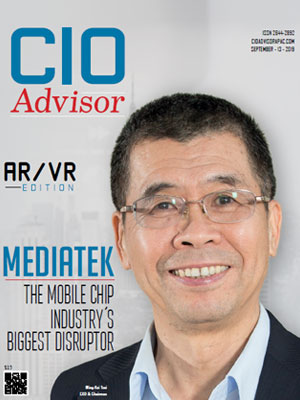 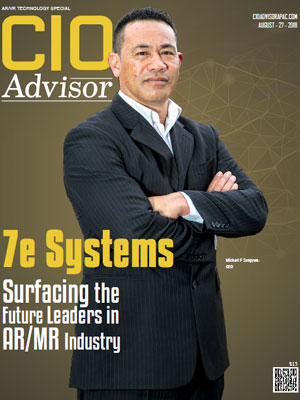